I saw bacon jam floating around Pinterest and decided to give it a go. Ethan and I LOVE bacon. We end up cooking a pound at least once a week to use for recipes the following days. I happened to have made some homemade French bread which paired perfectly with my new favorite spread! Most recipes called for brown sugar, but I am not about the whole candied bacon thing, and like to keep my savory savory, and my sweet sweet. 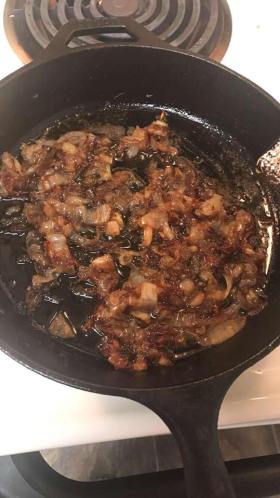 3. In a food processor, add in the bacon, onions, and a few dashes of Worcestershrie sauce. You could add other spices if you so chose, or the brown sugar if you’re one of those people. Pulse until combined. I left mine just a bit chunky, but you could process it until it’s really smooth if you wanted. 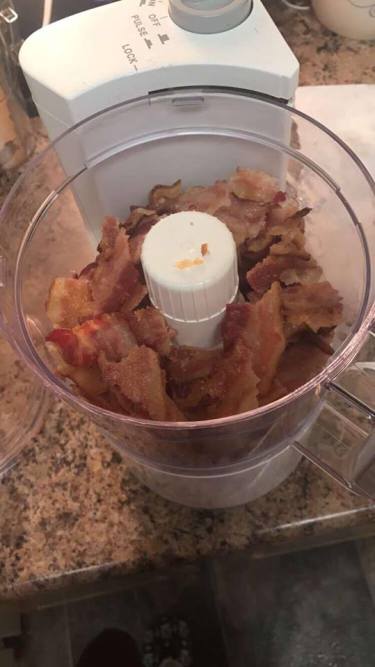 Spread on English muffins, good bread, etc. I prefer to eat it warm, but you could eat it cooler as well. It doesn’t make a very large batch, so I would definitely suggest doubling the recipe if you plan on making it for a party.